Looters on Mulgrave Street outside the Ordnance Barracks, July 21, 1922

A HIGHLY interesting and original account of the Civil War in Limerick is published in an edition of the Old Limerick Journal (No 38).

For many years, one of the participants in that bloody conflict, city man PJ Ryan, tried to get his account of what was to become known as the Fourth Siege of Limerick published, without success.

Cushy, as he was more popularly known, and a participant on the Free State side, recorded in a manuscript the many happenings of those traumatic days when the city was besieged by the Free Staters in July 1992 in their efforts to dislodge the Republicans.

The manuscript lay in the archives of the City Museum for many years and has now seen the light of day courtesy of the Journal.

Sadly PJ was not alive to see its publication. It is a highly colourful account of those traumatic days when the whole city came to a standstill, with the citizens actually facing starvation as the siege dragged on for a period of almost two weeks.

Cushy, who died in the then City Home Hospital in 1974, has left us a valuable account of that period.

Composed in a flowery, old-fashioned type of writing, the recorder has added his own personal musings, and his comments on pre-war social conditions are valuable.

He repeatedly condemns all those who took arms against the fledgling legitimate State, and by so doing went against the wishes of the people via the Treaty.

His highly lurid accounts of bank raids during the period of the Diehards’ – his colourful description of Republicans – occupation are somewhat implausible, but his hilarious account of the Free Staters amateurish attempts to shell the Strand Barracks with what was called the Big Gun – also dubbed Sean McKeown’s 18-pounder – is worth the purchase price of the magazine alone.

PJ, who according to an introductory article by the late Jim Kemmy, was a highly colourful character himself, continues his account of the war in the aftermath of the fourth siege – it should be the fifth really, the 1642 siege is often forgotten – and the flight of the Republicans through County Limerick.

He includes the account of the engagements in Adare but strangely fails to mention the fatal shooting of Mrs Hartney, the only female victim of the Civil War, whose husband Michael, an IRA activist, was to became Mayor of Limerick, and was for many years a proof-reader in the Limerick Leader.

Ironically, despite his many initial condemnations of the IRA, Cushy joined that organisation in the 1930’s. This was brought about by his dislike of de Valera and his policies. Ryan was arrested in Annacotty in 1940 for bearing arms and spent a long stint in prison in the company of such as Brendan Behan.

The account runs to no less than 32 pages, with some splendid photographs of the period from the Jim Kemmy Museum.

This is the lengthiest article in the history of the magazine – apart from special editions – and could well have been named the civil war edition.

Other articles include a little known account of the Jewish community split in Limerick at the turn of the 20th century by Des Ryan, a valuable contributor to the magazine over the years.

Des’ meticulous research in Limerick’s involvement in the Spanish Civil War was acknowledged by the Spanish Ambassador.

A fascinating account of Kerry’s last master fiddler, Padraig O’Keefe is included in the Journal. The famous fiddler gave up his secure job as a teacher to follow his star, which was traditional music, and the story is splendidly told by Pat Feely.

Tennyson and his great love of the sea is recalled by Thomas J Byrne in his story about the poet’s visits to Kilkee, of which he wrote in a letter: “I am glad that you thought of me in Kilkee by the great depths. The sea is my delight.”

Pat also give us some insights into the West Limerick of old, while Valerie Thompson shows us the horiffic lot of the convicts of 19th century Australia; a lovely poem by the late Frances Condell is included, and Laurence Fenton – Richard O’Gorman in Limerick 1848 – and Charles Callan – A History of the Painters’ Union – all contribute handsomely to the magazine.

The Old Limerick Journal, founded 1979 by luminaries such as the late Jim Kemmy, Kevin Hannan and others, has served Limerick well over the years in recording much of the city’s and county’s lesser known history.

It is only natural after all those years with material getting scarcer that there are fewer editions, but with such history buffs around as Larry Walsh, Tom Donovan, Richard Ahern, Tony Browne, John Curtin, Liam Irwin and Des Ryan, and many others, the future of this valuable contribution to Limerick’s past is assured.

Come along to the Loft @ the Locke Bar, George’s Quay on Thursday, December 2nd at 8pm for a festive feast of fiction, poetry and a merry miscellany of all sorts of literary guff. On the night we will be hosting the awards for the 2010 LWC Flash Fiction Slam, with the field narrowed down to just … END_OF_DOCUMENT_TOKEN_TO_BE_REPLACED 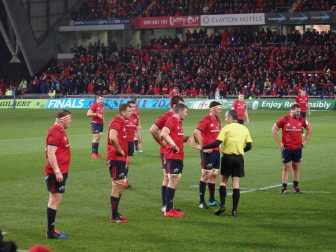 Posted by Gayl - WestTerraceView: The crowd had started to make their way to the exits when the ball was kicked out of play after eighty minutes before we realised that the game was not yet over. Foul play had to be reviewed as the players were no doubt wishing they could head for shelter. After the … END_OF_DOCUMENT_TOKEN_TO_BE_REPLACED

THE redeveloped Limerick City Gallery of Art is set for a grand re-opening in October, after a €1.7m expansion. For the past year the prestigious gallery has … END_OF_DOCUMENT_TOKEN_TO_BE_REPLACED

The hiring fairs was part of the Irish scene for at least two hundred years up to about the late 1940s. Hiring fairs were held in two centres in County Limerick in the grounds of the railway station at Kilmallock, and in the Square at Newcastle West. The hiring fairs in Kilmallock commenced on … END_OF_DOCUMENT_TOKEN_TO_BE_REPLACED 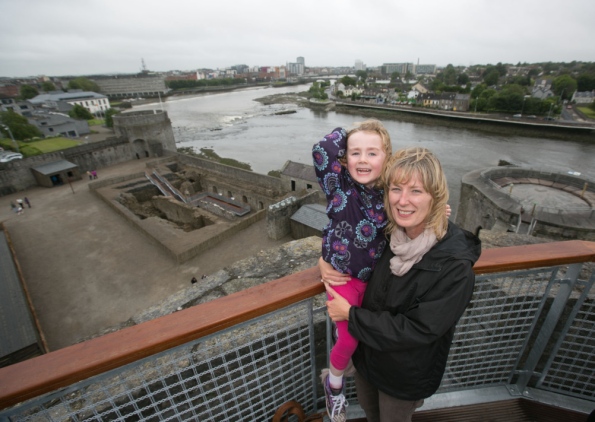 SIMON Spratt is standing in the place where his grandfather lived; in fact, three generations of his family grew up here. It was a rare privilege and a most unusual, even an iconic setting to grow up within these walls - of King John’s Castle. “This is authentic,” said Simon, as he kicked … END_OF_DOCUMENT_TOKEN_TO_BE_REPLACED