In 1942 Joe Sheridan was a chef at the flying-boat seaport of Foynes. At this time all transatlantic passenger flights were undertaken by flying boat – a craft that enabled sea landings in the case of emergencies, such as poor weather or lack of fuel.

The flying boats carried some thirty people in an unpressurised cabin. As the flights lasted up to eighteen hours disembarking passengers were invariably cold and uncomfortable. The catering manager, Brendan O’Regan, spotted a need for something to warm and cheer the frozen transatlantic passengers while they waited for their onward flights. He asked Sheridan to develop something hot, alcoholic and with an Irish flavour.

Joe Sheridan came up with Irish Coffee, a hot drink consisting of coffee mixed with whiskey and sugar then topped off with half an inch of cream, through which the coffee is drunk. Even after conventional planes replaced flying boats after World War Two, Shannon airport was still used as a fuelling point, and Irish coffee continued to be extremely popular.

In the 1950s, Stanford Delaplane, a travel writer from the San Francisco Chronicle, was in transit and liked Irish Coffee so much that he decided to import it to the USA. However, his best efforts to make the cream float separately on the top proved unsuccessful and he returned to Shannon for a lesson from Sheridan.

Sheridan had to teach him the proper method. This involved warming the glass to prevent it from cracking, and then combining hot coffee and a measure of Irish whiskey. A tablespoon of sugar was mixed in, to make the coffee denser and enable the cream to float more easily. Finally the cream – double, probably slightly whipped – had to be poured over the back of a spoon to discourage mixing. Sheridan later went to California, where Irish Coffee is still extremely popular. 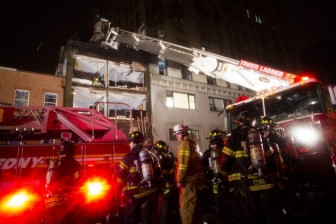 The English Standard Version (ESV) Bible is an essentially literal Bible translation that combines word-for-word precision and accuracy with literary excellence, beauty, and depth of meaning. The ESV … END_OF_DOCUMENT_TOKEN_TO_BE_REPLACED

Limerick on Ice, Santa on Bedford Row, Ireland’s tallest Christmas Tree on the River Shannon…there’s so much to do and see in Limerick City this … END_OF_DOCUMENT_TOKEN_TO_BE_REPLACED 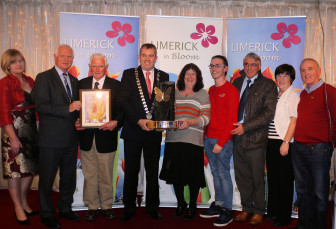 For the second year running, the West Limerick village of Athea has been named the overall winner of the Limerick In Bloom competition. 44 other community groups throughout County Limerick were honoured for their participation in the annual competition, now in its seventh year, at an awards … END_OF_DOCUMENT_TOKEN_TO_BE_REPLACED

One of the most abiding memories of childhood is that of Saturday afternoon cinema. The staple diet of the cinemas in times past was,of course, the "cowboy and indian" films along with the "follow uppers" (an episode every Saturday) like flash gordon and superman. The local cinema, … END_OF_DOCUMENT_TOKEN_TO_BE_REPLACED