Limerick City and County Council says it has at least 10,000 tonnes of rock salt at its disposal to treat Limerick’s roads during the coming winter.

5,000 tonnes of the available salt stock are currently in storage including stocks held over from last winter, which was one of the mildest in recent years.

An additional 5,000 tonnes of salt will be drawn down by the Council during the winter from the National Roads Authority (NRA) and the Department of Transport (DTTAS). The shipments are scheduled to arrive into Foynes via southern Spain and North Africa during the coming weeks and months. Additional salt is available if required in an emergency situation from the NRA’s strategic salt reserve.

Salt stocks will be used to treat strategic National (excluding the Motorway Network) and Non-National Routes around the City and County during the coming weeks and months. Limerick’s motorway and dual carriageways will be treated directly by contractors on behalf of the NRA, which assumed responsibility for the National Motorway Network in 2013.

The ‘Winter Maintenance Salting routes 2014-15’, which are available to view on the Council website at www.limerick.ie/council, are divided into two categories, namely Priority 1 and Priority 2. Priority 1 relates to national and secondary roads, priority regional roads and some access routes to public facilities, such as the University Hospital Limerick in Dooradoyle. Priority 2 relates to Limerick’s remaining regional road network, and heavily trafficked local primary routes.

Meanwhile, Limerick City and County Council is urging members of the public to view ‘Be Winter-Ready’ advice and information guide, which is aimed at raising awareness of the importance of preparing for severe weather.

The guide is available on the Council website and is part of a Government initiative launched in 2011. The guide features flooding advice, tips on how to reduce the risk of water leakages and shortages during freezing weather, advice on clearing snow, safety tips for driving in snow and ice, and information for the farming community, as well as a range of other public health and safety advice.

The last three winters have been mild with above average temperatures recorded throughout Limerick for much of the time. However, the winters of 2009-10 and 2010-11 brought record low temperatures, and significant disruption to traffic and travel as well as water supplies across Limerick.

COLLECTION and drop-off times at all schools can be a war zone but Lisnagry are endeavouring to make it as safe a zone as possible.Located on a narrow country road, the growing school has just erected new life size signs of children. They include captions like “I’m small keep me safe” and “I’m small … END_OF_DOCUMENT_TOKEN_TO_BE_REPLACED 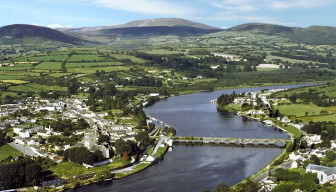 Clare County Council has commenced work on developing a walkway along the shore of Lough Derg from Killaloe to Ballycuggeran and Two Mile Gate. The existing 0.5km walkway runs from the centre of Killaloe to Brian Ború's Fort (Beal Ború). Work on the 1.8km extension to the walkway is expected to … END_OF_DOCUMENT_TOKEN_TO_BE_REPLACED

Nurses are working for free at a Limerick hospital due to staff shortages and budget constraints. SIPTU says it's aware of nurses working overtime without being paid, due to increasing pressure on the health system. The Mid-Western Regional Hospital in Dooradoyle and the Mater and Beaumont in … END_OF_DOCUMENT_TOKEN_TO_BE_REPLACED

Mr Humpries was a welcome sight to many a family in the hungry 50s , and long before. I wonder how many people remember the gentleman. Mr Humpries was almost blind, I never knew his first name, aided and abetted by his trusty sidekick, Pa. He had a bakery in Edward Street, this street sweeps … END_OF_DOCUMENT_TOKEN_TO_BE_REPLACED

The death has occurred of James Quish, of Portboy, Herbertstown, LimerickFormerly of Presentation Close, Hospital, Co. Limerick & resident of Beechlodge Care Centre Bruree, Co. Limerick.James passed away peacefully at the University Hospital Limerick on February 8, 2018. He is survived by … END_OF_DOCUMENT_TOKEN_TO_BE_REPLACED

The new Limerick Christmas Market will take place at the all-weather Milk Market from Thursday, November 25 through to Christmas Eve, Friday, December 24. The market will run Thursdays through Sundays and on extra dates in December (Dec. 7, 8, 21 & 22). Dates and times as below. The Christmas … END_OF_DOCUMENT_TOKEN_TO_BE_REPLACED