A LARGE number of people have been removed in ambulances from the scene of a collision involving a school bus in County Limerick this Wednesday morning.

Emergency crews are at the scene of what is being described as a "serious incident" involving a school bus – carrying up to 46 students from John the Baptist Community School in Hospital – and a car.

24 pupils and two adults have been removed from the scene in ambulances with "various levels of injuries", the Leader understands. An air ambulance was called and the Civil Defence deployed.

The incident occurred outside Caherconlish on the Herbertstown Road, near Caherline in an area known as Connellys Cross.

"Additional surgical teams and nursing staff, including paediatric and trauma nurses, have been assigned to the ED in anticipation of trauma-type injuries," said a spokesperson.

While the incident is ongoing members of the public are urged not to attend the Emergency Department for unless absolutely necessary and to visit their GP in the first instance or the Injury Units in St John’s, Ennis and Nenagh hospitals for appropriate injuries.

A spokesperson for Bus Eireann said the 57 seater bus had approximately 46 students on board at the time of the crash.

"Bus Éireann are currently assisting the relevant authorities with their investigations into the incident. Emergency services are at the scene and while there are some reported injuries, there are no confirmed fatalities," they said.

Ita Browne, deputy principal of John the Baptist Community School, said earlier: “There are a number of teachers and parents at the scene and we are in contact with them. I understand that a number of students have been taken to hospital but we understand their injuries aren’t serious.

“Approximately 58 students were on the bus at the time. We are working with Bus Eireann to ensure the safety of all the students," she added.

The students are aged between 13 to 18, Ms Browne said.

“I’m not on the scene at the moment,” Ms Browne continued.

One local resident said: "I think there are kids hurt, a lot of ambulances are present. People are helping out giving out coats etc".

Limerick Fire Service was alerted to the incident at 8.40am, and immediately dispatched five units to the scene – three from Limerick city and two from Cappamore. They are still at the scene along with one from Kilmallock.

The road has been closed off and it is understood that it will be for some time.

Local diversions are in place from Caherconlish to Ballyneety, and then rejoining the R513 at Herbertstown.

Traffic Alert Limerick – Diversions are currently in place on the R513 between Caherconlish & Herbertstown due to a collision. Gardaí & Emergency Services are at the scene.

The R513 between Herbertstown and Caherline is closed until further notice due to a multi-vehicle crash. Local diversions are in place from Caherconlish to Ballyneety, and then rejoining the R513 at Herbertstown #Limerick @aaroadwatch

My boss has a Kindle. He wants to be able to save his New York Times papers indefinitely. He'd also like to be able to choose certain issues of … END_OF_DOCUMENT_TOKEN_TO_BE_REPLACED 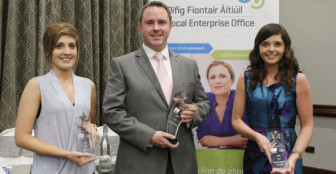 Three young Limerick entrepreneurs are flying the flag for the county at the regional final of the inaugural ‘Ireland’s Best Young Entrepreneur’ competition, which is offering an investment prize-fund of €2 million. All under the age of 30, the local business owners and new start-ups are going … END_OF_DOCUMENT_TOKEN_TO_BE_REPLACED

Mary Queen of Ireland school in Caherdavin celebrate their 40th anniversary this year. And they are celebrating by having a school musical on December 20th and … END_OF_DOCUMENT_TOKEN_TO_BE_REPLACED

FREE advice on career options and coaching has been made available to the unemployed around the country to improve their job prospects. Award-winning Career Decisions is running the course on behalf of the government and has advised jobseekers to enrol immediately to secure a place on the … END_OF_DOCUMENT_TOKEN_TO_BE_REPLACED

A RECORD number of passengers travelled by train between Limerick and Dublin last year, new figures have revealed.According to Iarnród Éireann, a total of 910,000 passenger journeys were recorded between Colbert Station and Heuston Station in 2017 –  the highest figures … END_OF_DOCUMENT_TOKEN_TO_BE_REPLACED